I knew before I met my husband that I wanted to be a stay-at-home mom once I had children. I worked hard in nursing school and I enjoyed caring for my patients. Still, I wanted to raise my children myself. 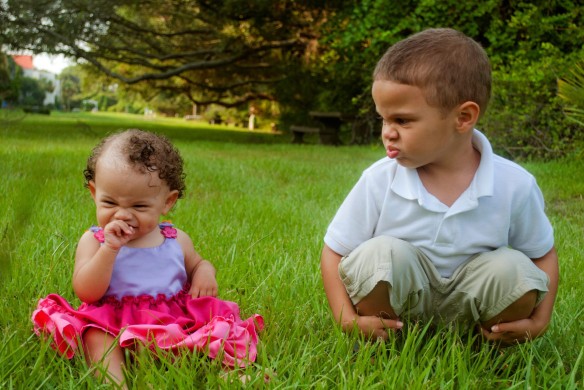 A few months after my husband and I were married, I was driving home from work one day when a thought popped into my head. I realized that if I were pregnant at that very moment, we would be a one-income family in nine short months. That thought hit me like a brick, and I became very anxious. We didn’t have a plan. The only thing I knew was that God would have to work it out.

​In January 2007, I found out that I was pregnant. The amount of happiness I had when I saw that pregnancy test was indescribable. We began planning for our son’s arrival, getting his room ready and adjusting to the idea we were going to be parents. Everything was going according to plan until the first week of July 2007. I was called into my boss’s office and told they didn’t need me anymore. The project I was hired for never materialized and I was to clean out my desk immediately. I had five minutes before I was escorted out of the building like a criminal. In the parking lot, I called my husband sobbing. He thought something had happened to the baby, but I told him I’d lost my job. I’d never felt the crushing blow of a layoff. I was in one of the first waves of unemployed American’s during the recession.

​Unemployment helped for a little while as we learned to live with our new budget. We eliminated things we didn’t need, got rid of services that were considered luxuries and didn’t go out nearly as often. We learned to budget for the first time in our lives. I learned to buy on sale and use coupons. I tried to find a job to work until the birth of our son, but with only three months until my due date, no one wanted to hire me. I was officially a stay-at-home mom, and I didn’t even have a baby yet!

​Life was tough, and it was no doubt a learning experience. We didn’t have the money to go out and buy all the nice new things that many parents buy for their new babies. Our son didn’t have a decked out nursery complete with all the newest and greatest baby furniture. To tell you the truth, he didn’t have anything in his nursery except for a crib and the queen size bed that was in there when his room was the guest room. Did I feel bad about this? Yes and no. As a new mother, I wanted all these things for my baby boy, but I realized that he wouldn’t know the difference one way or another. The nursery was really more for me, and I decided it was silly to spend hundreds of dollars on something my baby wouldn’t enjoy anyway.

​During the three months after I was laid off, until the birth of our son, I learned to research online and find the best deals on just about anything. This period of time was really the point in my life that shaped me into the bargain-shopping-semi-tightwad that I am today. I researched anything and everything and learned so much about babies, parenting, breast feeding, cloth diapering and vaccines, in addition to all the money saving tips that I learned. Although getting laid off from a very well paying job seemed like a curse the moment it happened, it actually turned into a blessing. I was granted time to stay home and adjust to life on one income, before I had to learn how to be a mother at the same time. Unemployment funds helped cushion the blow until I could figure out how to contribute to our household income. Despite the difficulty, I was able to turn a difficult and painful situation into a learning experience that has continued to benefit our family years later.